President-elect Joe Biden’s victory welcomes a hopeful new era for immigrants. According to a recent report from the Migration Policy Institute based in the District of Columbia, the Trump administration has undertaken more than 400 executive immigration measures over the past 4 years. With the advent of the Trump administration, our country ceased to be a “nation of immigrants” and the denial rate for benefit applications in almost all immigration categories increased exponentially as the Trump administration began to dismantle the asylum process in the United States, tightened standards for adjudicating cases, abolished important humanitarian programs, introduced a “wealth test” for immigrants and guests, imposed control over adjudication of cases in the immigration courts, and continues to use the situation with COVID-19 as a weapon to block legal immigration.

Joe Biden’s pro-immigration stance, as outlined in “The Biden Plan for Securing our Values as a Nation of Immigrants,” contains his articulated promises to reverse the radical anti-immigrant and xenophobic changes that the Trump administration has made to the American immigration system. Biden’s platform on immigration contains 51 points on 22 pages, where he explicitly states his mission to re-establish pro-immigrant policies of the Obama era.

Unlike the Trump administration that perceived immigration as a threat to US security and its economic well-being, the new administration recognizes that “for generations, immigrants have fortified our most valuable competitive advantage – our spirit of innovation and entrepreneurship. Research suggests that “the total annual contribution of foreign-born workers is roughly $2 trillion.” Key sectors of the U.S. economy, from agriculture to technology, rely on immigration. Working-age immigrants keep our economy growing, our communities thriving, and country moving forward” (“The Biden Plan for Securing our Values as a Nation of Immigrants”)

The Joe Biden administration is expected to take office on January 20, 2021. During his first 100 days of presidency, Biden intends to implement a wide range of measures outlined in his pro-immigrant program, initially using the same instrument – a presidential executive order – that the Trump administration used to make its changes. It is anticipated that the new changes will meet significant resistance from the Republicans and will have to go through several levels of court challenges to become the law. In other words, immigration changes are not likely to come as quickly and as easily as we would like.

Lena Nevsky has been practicing immigration law since 2000. 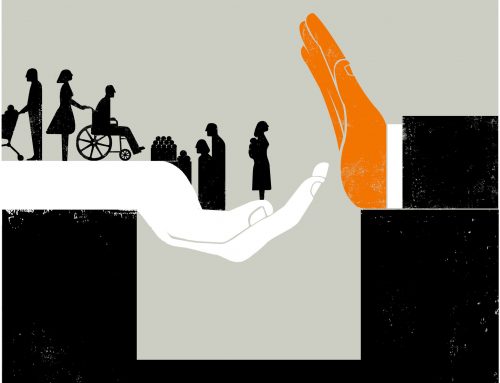